Brock Banks’ Car Seriously Wrecked After Getting Hit by a Drunk Driver! 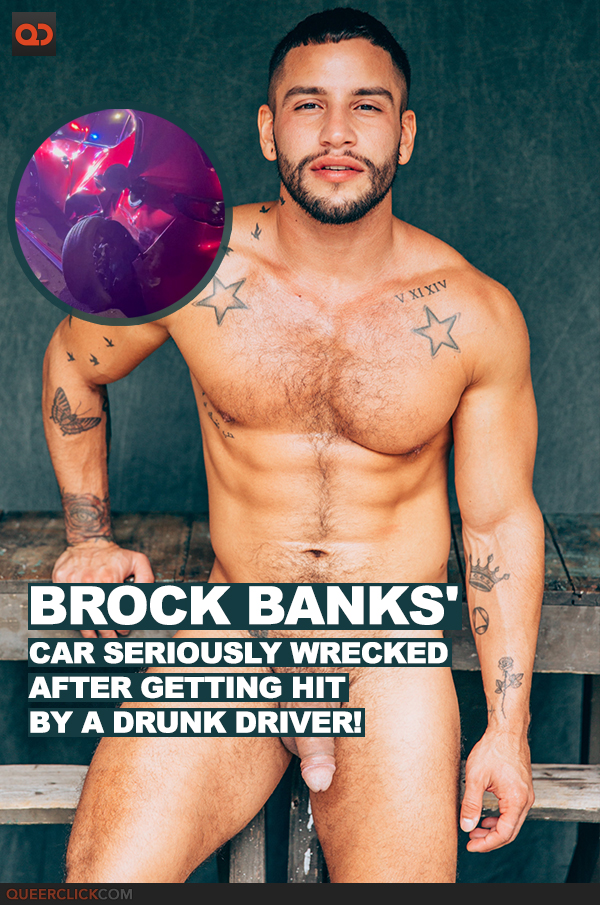 Might have felt really bad for the adult entertainer to see how his car was totaled while he was away. Good thing he was out of the vehicle.

Brock Banks car was involved in an accident after an alleged drunk driver crashed to it. The culprit was said to have run away right after the incident. Banks took to Twitter to update his followers about the occurrence.

Hey guys i could use all the help i can get right now. Had a drunk driver completely total my car while it was parked.

Any retweets, likes, subs and tips are very very greatly appreciated! Love you all!! pic.twitter.com/rXzMJpd1fE

Banks is safe as per his latest series of Instagram stories. His car was parked while he was outside of the vehicle. Banks was surprised after seeing the chaotic scene when he was going back to his vehicle.

Meanwhile, some commented about Banks asking for tips through Venmo when they said he should reach out to his car insurance people first.

Be aggressive there is a toll free number on your insurance card. When they answer they will open a claim number and every step taken by them will be documented under that number. Get your agent involved if needed.

Why ask for tips? Your insurance will cover it as it’s clearly a write-off

For everyone suggesting insurance, auto insurance isn’t always the best way to go. Especially depending on who the insurance carrier is. They’ll do anything to put some sort of fault in FL and raise rates even with a not-at-fault accident, so yes. Him asking for donations is best

And Banks claps back to his detractor immediately.

Girl insurance doesn’t just hand you over me! I hate people who come in the comments talking shit. When they know absolutely fucking nothing!! And also you have zero idea what insurance plan i have to even make a comment. So just shut the fuck up.

Do you think asking for donations is the best way to go for Brock Banks‘ car situation? Ever encountered any car insurance problems before? Let us know your thoughts in the comments section below!