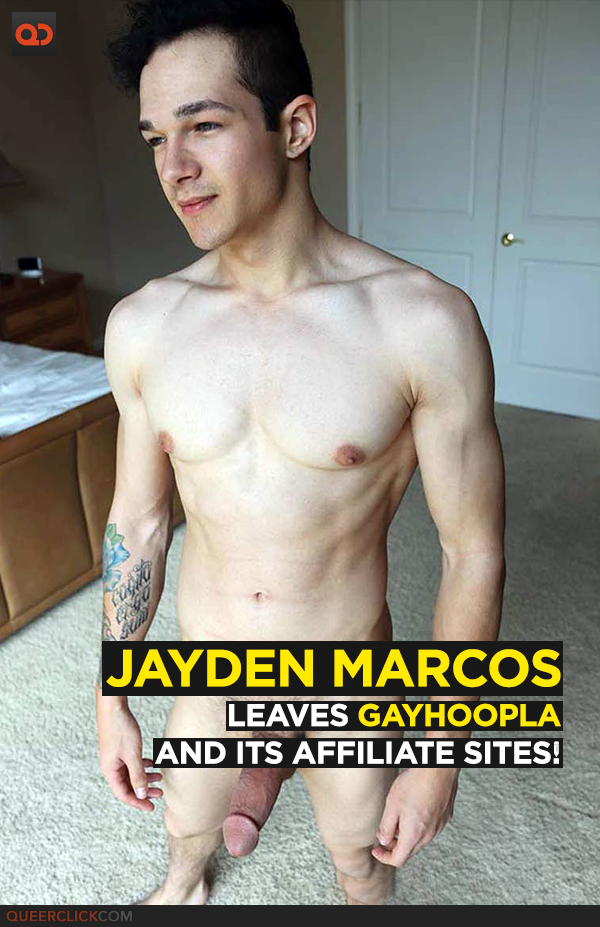 The model released a video about his departure from the studio shortly after the news broke out.

It’s the end of an era for Jayden Marcos as he departs from the studio where he launched his professional career as an adult entertainer. The model took to Twitter and addressed the issue concerning his exit from GayHoopla and all its affiliate sites.

The clip might sound like a simple explanation about a misunderstanding that led to his farewell from the said studio but it looks like there’s actually more to it.

A very new model from the same site, Ryan Love alleges the studio of neglect for their models’ health with their lack of testing before shoots, underpayment, mismanagement, and more in this tweet.

Meanwhile, Jayden seem to have moved forward already and signed a deal with adult agency Hussie Models as per his social media bios.

He has almost 50 scenes under his belt with GayHoopla, Hot Guys Fuck, and Bi Guys Fuck collectively. He left an advice for aspiring adult entertainers. 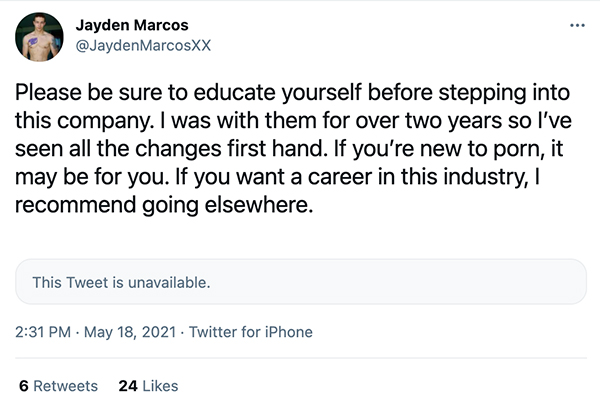 >Will you miss Jayden in GayHoopla? What can you say about the allegations against the studio? Let us know your thoughts in the comments section.