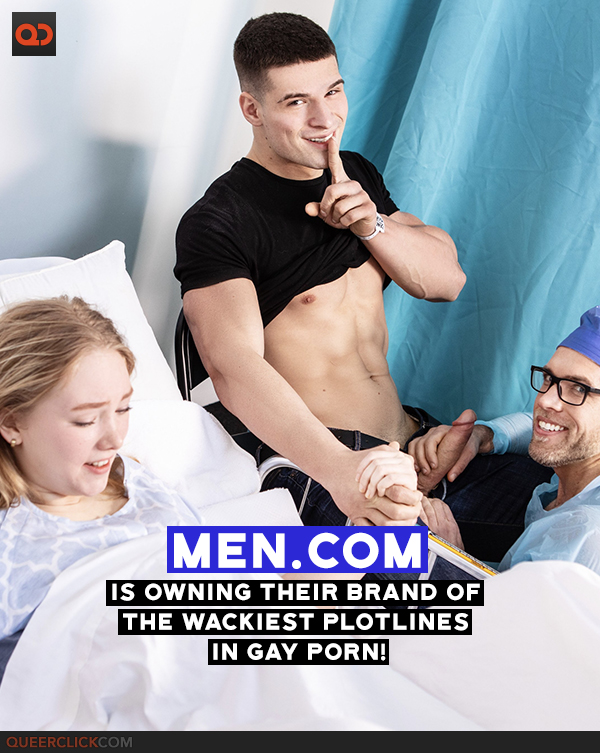 ‘Right in front of my salad?’. The now-iconic catchphrase from Private Lessons 3 is just one of those moments that makes some MEN.com scenes oddly interesting. We don’t know what’s going on behind their pitch meetings but people are convinced that the studio doesn’t want to settle with vanilla plotlines. 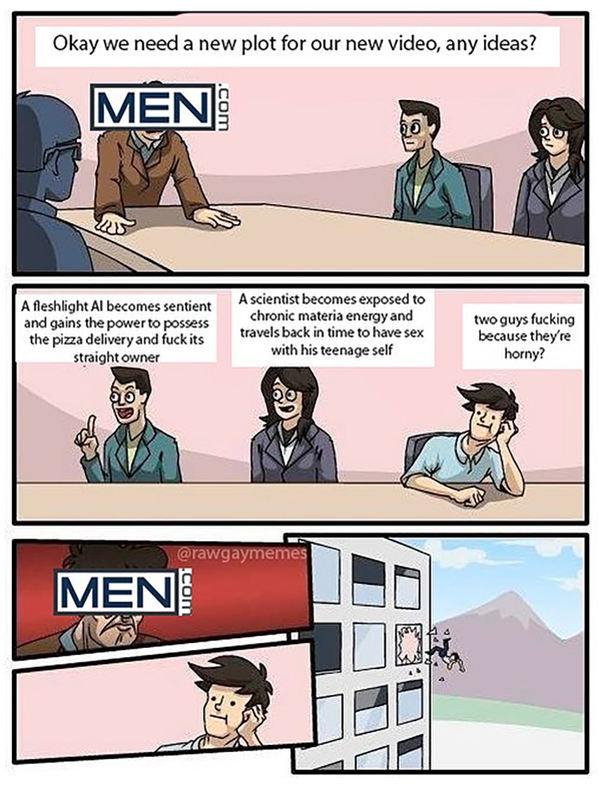 this trend, but gay p*rn pic.twitter.com/GJ2TkHO9Iq

MEN.com is continuing the tradition with the release of ‘The Preggo and The Boys’ where there’s an OB that only wears nothing but a jockstrap underneath his hospital visit gown. He then gets fucked by the husband of the pregnant wife. It’s crazy.

We’ve also seen how vegetables were utilized by the studio and groundbreaking self-gratification.

With these plotlines, we would have the same reaction as to how William Seed reacted to Diego Sans in this scene.

What was the weirdest moment from MEN.com that got stuck in your head? Let us know in the comments section below!