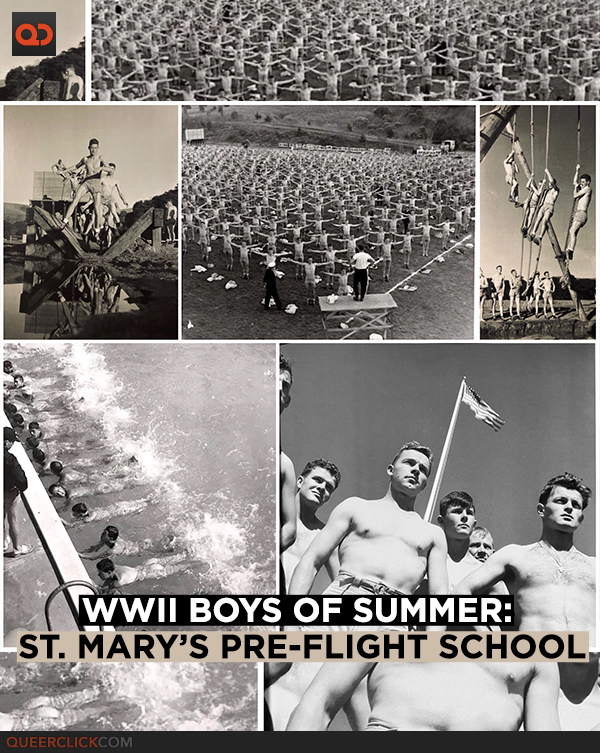 Welcome to our celebration of WWII-era men of U.S. Navy pre-flight training at St. Mary’s College. These images of naked or jockstrap-clad cadets were taken at the school in Moraga, California when it was requisitioned for the war effort between 1942-1946. You can see more photos in our previous posts here and here. 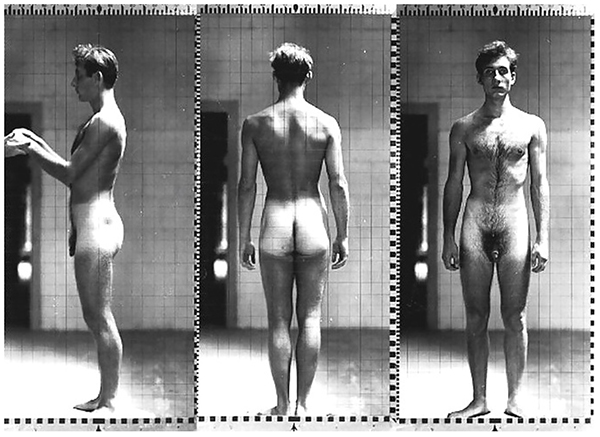 Only the earliest photos – dated June 13, 1942 – feature the men completely nude. An anonymous person offers a helping hand as the men are photographed in profile.

All subsequent photos feature the cadets in jockstraps. In all of the photos, the men stand behind some sort of grid fencing to better illustrate misalignment and spinal curvature. 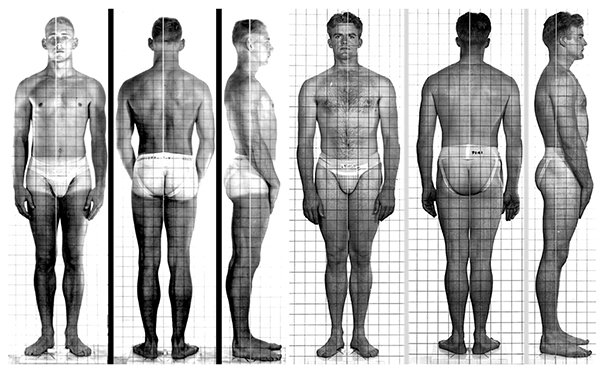 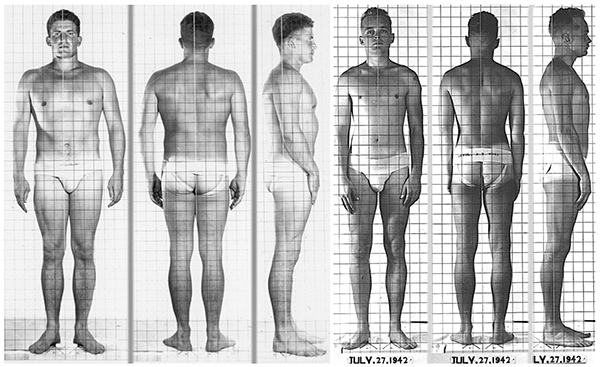 The photos were taken to measure the fitness progression of each recruit as they underwent extreme physical training. Each picture was accompanied by an index card containing body measurements and physical achievement test results over the course of several months. 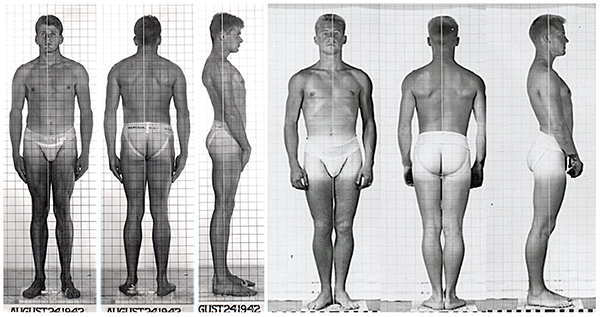 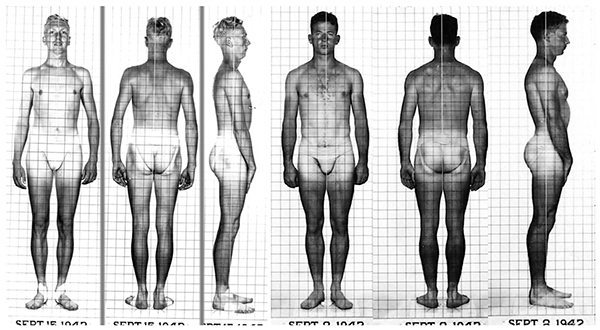 This allows for some contrasting images that Weight Watchers might want to consider emulating.

This installment focuses on photos of cadets as they underwent summer training in the California sun. The results speak for themselves. #tanlines 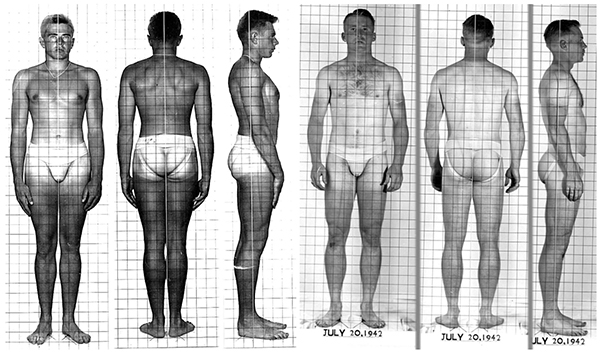 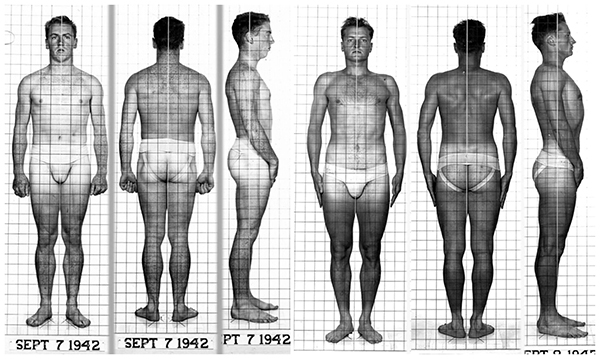 My collection of photos gathered from around the internet now includes close to 500 different cadets. I have taken my pastime a step further by researching the origins as well as the fates of these brave men. Those featured in this post passed away as young as 22 and as old as 94. 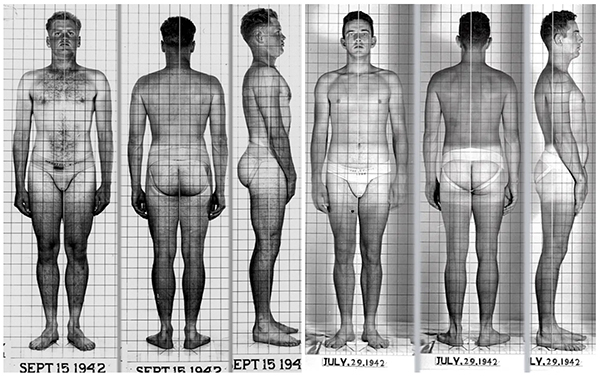 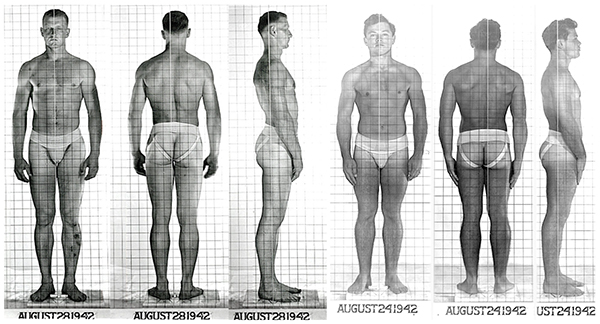 Whether the photos of these handsome young men are literal snapshots near the beginnings of their lives or tragically close to the end, all of the subjects are equally, timelessly captured here in prime physical condition, sun dappled as they trained to serve their country. Nearly 80 years later, we salute and admire their fine forms and dedication. 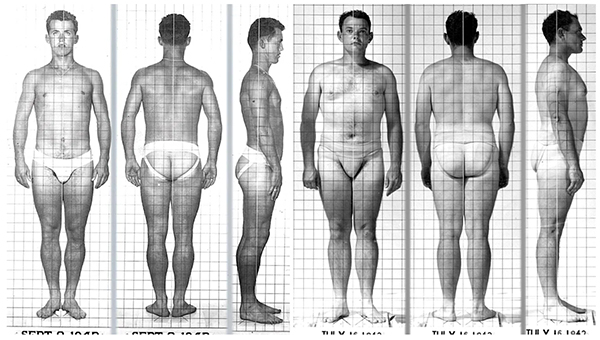 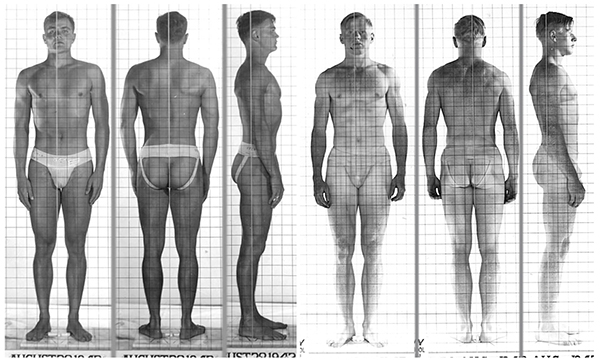